Following the 2nd edition of Codecamp Piatra Neamt this past weekend, we would like to make a short summary of everything that happened at the conference. Thank you Codecamp Romania for choosing Rubik Hub to host your amazing event! We met awesome people with great business ideas, and we’ve learned that entrepreneurship goes beyond having great ideas. We’ve listened to the inspiring stories of enthusiastic Romanian entrepreneurs who went above and beyond to transform ideas into viable business models. Here what you missed:

Startups Impact in the Entrepreneurial Ecosystem from the North East Region

Vlad Gliga, CEO of Rubik Hub, opened the conference with a motivational talk on how a small city that only amasses 60,000 people can build a startup community and work together to make a real impact and further develop a solid entrepreneurial ecosystem of the North East Region. Vlad talked about the importance of believing in people. He emphasized that:

“The key element of building a successful startup lies in the trust and love of a couple of customers, not necessarily a thousand users. It’s the only way to get relevant feedback and gain the confidence that you can build something meaningful. At the end of the day, it’s all a matter to give before you get.”

The conference continued with Vlad Iliescu from Strongbytes and Florin Cardasim, founder of Codecamp Romania, who wowed the audience with an interesting talk about machine learning, artificial intelligence, and how robots are not taking control of the world anytime soon. We’ve learned that both AI and ML are powerful technologies that are already impacting our lives in one way or another. Google Assistant’s recent update was heavily debated during the talk, as well autonomous car technology and predictions for the what the future holds in the artificial intelligence and machine learning scenario.

Cybersecurity in the World of Today and Tomorrow. Why should we care?

Founder of Cyberswarm Inc, Mihai Raneti took the stage to talk about the key role cybersecurity plays in the world of today and tomorrow. We were amazed to find out that smart devices are not as safe as we think they are. During the talk, we uncovered that protecting your private data goes beyond installing an antivirus on your computer or laptop. Mihai emphasized that cybersecurity threats have increased in complexity due to the emerging popularity of devices like smartphones, smartwatches, and tablets. His advice: be aware of what advanced technologies like AI can do, taking into account both the good and the bad.

Following a short lunch break, we split ourselves into groups and we ran off to the dedicated tracks. Technology enthusiasts relocated to the ALTSHIT Room where the Technology Track kicked off with a very interesting talk with Alex Bordei from Whiz Center on DIY Home Automation and how to integrate wearables and IoT devices into your home or car. Up next, Daniel Costea told us some pretty useful things about the underlying perks of technologies within .NET Core . Alexandru Păvăloi covered a speech on JavaScript and Dragos Silion made us curious to know more about WebVR.

Natural-born leaders relocated to the Hastag Room, where they had the chance to “Experience the magic of coaching” with Magda R.Tepoi. The Leadership Track continued with Diana Lefter from KPMG who talked about the possibilities of innovating while being actively involved in the startup community. The track ended with a speech from Cristi Grăunte, CEO at Infinite Miami, who shared with us some his personal experiences leading an international company.

Last but not least, aspiring entrepreneurs and wanna-bes joined us in the CLOUD Room for the Entrepreneurship Track. We talked with Lidia Bețoaea from Rubik Hub and Florin Bondar from Agora Est Consulting about the power of innovation and its role in shaping the future of our local economy.

from Eventya joined us on a talk about verifying whether or not Romanian startups are real. We’ve learned a lot from their successful stories, including that if you want to scale your business, you need two things: hard work and just the right amount of luck.

The track ended with a debate on building a future through collaboration in the entrepreneurial ecosystem. Georgiana Ghiciuc from Beaglecat and Traian Luca from Gemini Cad emphasized that switching behaviors within one’s company, adapting, collaborating with peers, and being open to change are the real success elements in business.

This year’s edition of Codecamp Piatra Neamt ended with the launch of our newest project, Rubik Startup Fair, where great startups pitched their ideas and MVPs in front of experienced entrepreneurs, mentors and potential investors. We would like to congratulate them their drive, passion, commitment, and courage to take their ideas to the next lext. SigmaApp, WoodArtBike, idCloud, ConnectElle, Mobbit, and all others that couldn’t attend our event, you rock! The complete list of startups that signed up for Rubik Startup Fair can be seen here: https://rubikhub.ro/startup-fair/

We had the time of our lives at Codecam Piatra Neamt and we cannot for a 3rd edition. In the meantime, the team at Rubik Hub has prepared lots of exciting events in the following months. Stay tuned! 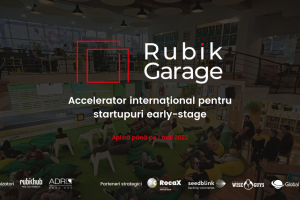 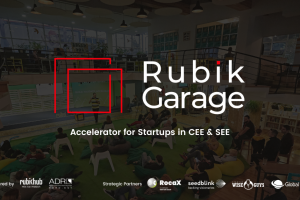 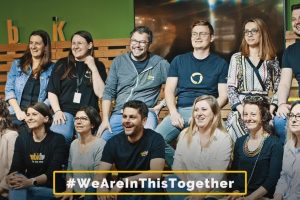